Further Reading: If you’re lost with Visual Studio 2019, check out our guide. Learn how to set up a build and release pipeline for your new ASP.NET Core site with Azure Pipelines. Build out a suite of ASP.NET Core gRPC microservices and support them with .NET Core Worker Services. Your friends will thank you for the links!

Contents hide
1 What is gRPC?
2 How Does It Fit With ASP.NET Core?
3 Set Up .NET Core SDK
4 Create Project
4.1 Startup and Bootstrap Files
4.2 Protobuf and Services Files
5 Create Your Own Service
6 IIS Server Limitations

gRPC is an acronym for general-purpose Remote Procedure Calls. Here is a definition straight from Google’s site:

gRPC is a modern open source high performance RPC framework that can run in any environment. It can efficiently connect services in and across data centers with pluggable support for load balancing, tracing, health checking and authentication. It is also applicable in last mile of distributed computing to connect devices, mobile applications and browsers to backend services.

There’s a lot of marketing speak wrapped up into that quote, so we’ll break it down a little. With gRPC, you’re given tools that allow you to make remote procedure calls between clients and servers or between servers in the case of microservice to microservice communication. If you’ve ever built traditional HTTP APIs like SOAP (XML) or REST (JSON/XML) services, then you’re already familiar with many of the concepts underlying the use cases for gRPC.

Maybe you’re building out a service that lets users manage their contacts and addresses. Or maybe your business has microservices to facilitate document generation and submission of those documents to third parties. The chances are high that these services expose an interface by which consumers can interact. That interface can be exposed in many ways, one of which is through the gRPC framework.

Do you remember WSDL files? If not, here’s why we are mentioning them. SOAP services can greatly accelerate business to business (B2B) data integrations by providing for a defined contract of services and data types to be used and exchanged between each party. That contract was defined in the WSDL. Developers could import the WSDL and have their development environments and toolkits generate many of the bindings necessary to make the interchange function. This is in contract to REST services that offer no rigid contract by which clients and servers should communicate. Instead, it’s up to each party to manually code to an agreement (or use optional and sparsely used frameworks like OpenAPI).

Like SOAP, gRPC offers similar contractual obligations and code generation capabilities. Instead of using XML, gRPC uses protocol buffers (Protobuf) to construct the message by which data is exchanged. Developers define their services and messages using the Protobuf format so that both ends of the communication understand which services are available, which parameters are required, how those parameters should be constructed, and what responses (if any) consumers should expect. Services and classes can then be automatically generated from Protobuf files through tooling.

Here are the significant differences between gRPC and HTTP-JSON.

Further Reading: There’s a lot more to know beyond what we’ve briefly touched on here. Microsoft has a great article breaking down the major differences between gRPC and HTTP-JSON. Read on for more about performance, code generation, specifications, and advanced scenarios.

How Does It Fit With ASP.NET Core?

With the release of ASP.NET Core 3, you now have the ability to create an ASP.NET Core application that hosts gRPC services by using a built in project template. That means you can create your Protobuf files and services just like under any other framework and still get all of the great standard features included in the ASP.NET Core pipeline.

Configuration. The same configuration mechanisms that make ASP.NET Core flexible are available in gRPC Services. That means you can access appsettings.json, user secrets, environment variables, and command line arguments using the IConfiguration interface. This is a lot better than the app.config files of the full .NET Framework in which you are required to take a dependency on System.Configuration which definitely wasn’t cross-platform.

Logging. Like the configuration section, logging is also inherited from the ASP.NET Core paradigm. By default, Microsoft’s .NET Standard version of its logging framework gives you access to Console, Debug, EventSource, and EventLog (on Windows). With dependency injection and third party extensions, you can expand or create your own logging providers. It’s simple to start logging to files, databases, generic streams, or even cloud providers like Splunk or Elastic.

Start by downloading the .NET Core SDK. As of this writing, the current version is 3.1.201. Microsoft regularly updates this, so make sure to check back and get the latest updates.

After download and installation, make sure it’s setup properly by opening your favorite command line tool (bash, mingw, powershell) and use the dotnet --version command to see which version is installed.

Further Reading: Not sure how to use Visual Studio 2019 but want to learn? Check out our ultimate guide for people in exactly your position!

Visual Studio 2019. Make sure you’re using the latest version (16.5.4) as of this writing. In the new project dialog, search for “gRPC” and choose that template to create the project.

Regardless of how you create the project, this is what you should see in the case of success.

In Program.cs you’ll see the generic web host being bootstrapped and pointed to the startup class for service configurations and other dependency injection initializations. None of this is specific to gRPC. Check out Microsoft’s article about generic hosting for more information.

In Startup.cs you’ll see two methods. The first is responsible for adding any services that you need to the dependency injection container. The template automatically adds gRPC services by default. The second method sets up the HTTP request pipeline to use gRPC service routing. Note that any traditional HTTP requests will receive a response indicating that all gRPC requests must be made through a gRPC client.

You should only edit this file if you need to 1) add your services to the DI container, 2) enable more features or custom middleware to the HTTP pipeline, or 3) map a new Protobuf defined gRPC service.

In greet.proto you’ll see a simple method and a pair of request/response objects.

The Greeter service is defined as an rpc method named SayHello which takes in a parameter of type HelloRequest and returns a type of HelloReply. You can think of this as a method that you’re defining on a class.

As we mentioned before, this a contract by which the client and server must adhere when communicating through the GreeterService. This defines the expectations and lets developers rest assured that there is a strict guideline of how to use the service.

Contrast this to an HTTP-JSON API where developers are wholly reliant on the documentation of the API designers. There is usually no exposed contract making requests and responses a guessing game.

In GreeterService.cs you’ll see service file which inherits from Greeter.GreeterBase. The GreeterBase class was automatically generated by the gRPC tooling based on the defined greet.proto contract file. A request to the SayHello endpoint with a payload of type HelloRequest will echo back to the client a type of HelloReply with a Message of Hello and the value included in the request object.

This service has also taken advantage of dependency injection to get a reference to a logger component. You can use this type of DI paradigm to inject your own services to communicate with other APIs, databases, file systems, caching layers, and more.

Create Your Own Service

The previous section explained the files and layout created by the ASP.NET Core gRPC project template. Now you’re probably wondering how you can create your own service class from your own Protobuf files.

By default, the gRPC tooling won’t know that you’ve added a new Protobuf file and thus the classes for your service implementation won’t be automatically generated. To make the tooling aware, edit the FunWithGrpc.csproj file to manually add a line to your Protobuf file.

The highlighted line above shows where we’ve added a reference to our new Protobuf file. Now when we build the project using dotnet build or Visual Studio 2019’s build process, the proper abstract base classes will be generated from this contract.

Try it out. Build your project and then check in the obj folder for the generated base class file. It should be named something like CalculatorGrpc.cs. Don’t worry too much about the contents of this file since most of it is automatically generated and not meant to be read or maintained by people. The important thing is that you should see an abstract class with a method that matches the signature you created in the Protobuf file.

Create a new CalculatorService.cs class in the Services folder. Inherit from CalculatorBase and override the AddIntegers method with your own implementation. Based on the name of the method, the intention of it is to obviously add the two request parameters together and return the result.

In our implementation above, we are overriding the expected method and doing nothing more than adding the requests parameters into the response. Obviously, you can make your services more complicated by using other libraries that you’ve injected through the DI container as described previously.

Finally, in Startup.cs you’ll need to map your new service to the application’s endpoints collection. See the highlighted line below.

According to the official documentation and this GitHub issue, you cannot currently host an ASP.NET Core gRPC application in Azure App Services or using IIS in your on premise infrastructures. The short version is that the HTTP/2 implementation in HTTP.sys does not support HTTP response trailing headers on which gRPC relies.

There’s two separate problems here. First, IIS won’t work because it relies on HTTP.sys which doesn’t have what gRPC needs. Second, Azure App Services won’t work even if you use a Linux or custom container because App Services terminate TLS connections prior to passing data along to the App Service. That TLS termination relies on the same HTTP.sys implementation which prevents IIS from functioning.

The suggested workaround mentioned in the above GitHub issue is to use Kestrel directly in a VM or AKS by using Kestrel behind a reverse proxy. While this can work for some situations, it’s essentially a shift from platform-as-a-service (PaaS) to infrastructure-as-a-service (IaaS) which has major implications for larger applications and smaller teams. You’ll become responsible for a host of new options and maintenance just to get gRPC functionality. 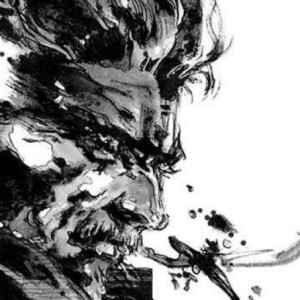